It is said that CO² must finally get a price. But it already has a price. But consumers don’t react to this price as expected. More intensive thinking and political action is the order of the day for climate activists. 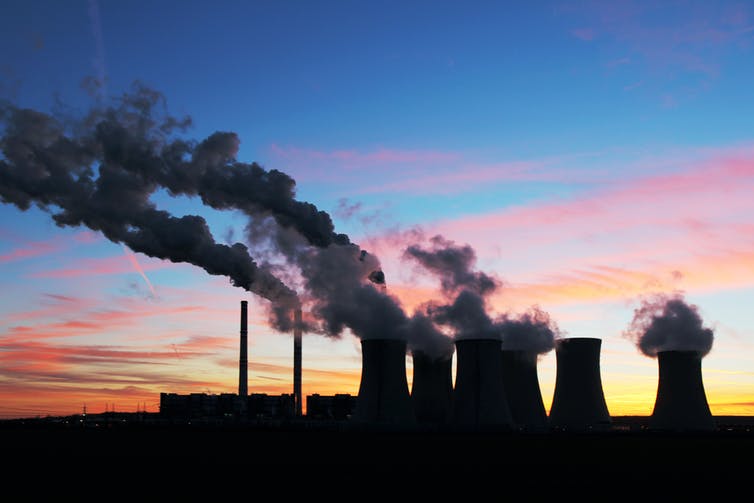 German politicians are currently outbidding each other with ideas for reducing CO² emissions. Some call for a “climate master plan” without saying what it should be, others have finally “understood” that CO² must get a “price” so that citizens and companies will use it more sparingly. Driven by the media hype around Greta Thunberg and the demands of the “Fridays for Future Movement”, politicians of almost all parties surpass each other with exceptionally clever proposals.

The drollest idea is “a price for CO²”. One only has to put a price on every ton of CO² emitted (better yet, a “fair price”). That is obviously the idea, and somehow the market will then settle the matter. Some think 30 to 40 Euros per ton are enough, others, like the Fridays for Future movement, demand a price of 180 Euros per ton. The German Federal Environment Agency has calculated that at this price in particular the costs incurred by present and future generations would be offset.

Liberal spirits believe that the market has to find the price for CO², which it could, if one (which means again the state or the states) constantly reduces the quantity of certificates. However, nobody knows how the state (or states) could decide how much to reduce without prices going sky high. Others believe that a tax on CO² is easier to enforce. But before this is even discussed internationally, people in Germany are already beginning to argue about what exceptions one has to make with such a tax and how the distribution effects are to be assessed.

There is already a price…

I’m sorry to have to make this so clear, but this is all grandiose nonsense. You can only spread such slogans if you still don’t understand what happened during the oil price crises of the 1970s and beyond. CO² already has a price. Everyone who produces CO² emissions has previously bought oil, coal, or gas and paid a price for it. Sometimes the price was low, sometimes it was high. Sometimes oil cost 50 dollars per barrel, sometimes over 100 dollars. You always had to pay something for the CO² you emit when you consume the oil. A tax or the price of a certificate makes the consumption of oil more expensive in exactly the same way as if the price of oil were increasing.

We know exactly what happens when the price of oil rises. In the short term, and that means five to ten years, nothing will happen. The producers pass the price increase on to the consumers and the consumers pay the higher prices faithfully and dutifully without restricting the demand for oil. Overall, consumers are spending more on oil than before, and their oil bills are rising as a result. They are therefore adjusting their behaviour, but unfortunately not in the desired direction. They consume less non-oil goods and almost unchanged amounts of oil goods. A low price elasticity of the demand for oil is present here, the micro-economists explain to us.

In order to achieve the climate targets, however, a fundamental change in behaviour in the opposite direction is necessary. In the long term, the masses of people should buy and consume less oil, coal, and gas all over the world. To achieve this, “one price” for CO² is not enough, even if it could be introduced worldwide – which is politically impossible at present – and it would be relatively high (i.e. it would lead to a doubling of the oil price). Prices are enormously important, but the operation at stake in combating climate change is much bigger and far more complex than a one-off increase in the cost of CO² emissions.

It is a matter of reaching an agreement at the global level as quickly as possible with all states, whereby they (the nations of producers of fossil raw materials and the consumer states) undertake to increase the prices for energy sources containing CO² (whether the prices include certificates and taxes is completely irrelevant) from now on for all eternity (say for at least one hundred years) each year significantly more than the prices of all other products (the global inflation rate).

In this manner one will get behavioural changes for the long term (ten years and more), because every producer and investor knows that he can expect to be more successful with a product that is less CO²-intensive than with a product that continues to rely on CO². Consumers will also begin to change their behaviour step by step, because they can no longer hope that fossil fuels will become cheaper again or that the price increases of fossil fuels will be relativised and/or cancelled out by the general price and wage increases – as was the case from the beginning of the 1970s until today.

Mind you, this enormous and incomparable intervention of states in the market economy only makes sense (as I have explained here) if it takes place at the global level, because otherwise one country saves and the other consumes more. However, there is no identifiable political actor at the global level. Even a community of states in the sense of a quorum does not come close to making such a sweeping change possible. Everything that happens at a national level is window-dressing or purely symbolic policy.

Moreover, this intervention is only feasible in the democracies of this world if the lower incomes are systematically increased by state redistribution policies. If the lower income groups bear most of the burden of adjustment, even though they are by no means the biggest polluters, then exactly what happened in France with the Yellow Vest movement will reoccur. That, after all, is a point that Fridays for Future clearly emphasises. But massive redistribution is also necessary with regard to developing countries if we want to deprive their youth of extremely cheap fossil raw materials.

Just how difficult this redistribution issue can be politically enforced at the national level can be seen, for example, in the fact that the leader of the centre-right Christian Democratic Union (CDU), Annegret Kramp-Karrenbauer, suddenly discovers her empathy for the lower incomes and – with unbelievable audacity – argues that price increases (via higher taxes on CO² related products) cannot be accepted by the CDU precisely because of the poorer sections of the population would suffer.

If “Fridays for Future” wants to achieve more than just an emotional shock in Germany, the movement has to become more political at precisely this point and take on the CDU, the Social Democrat and the Liberal parties (and even large parts of the Greens). You have to tell someone like Kramp-Karrenbauer that she is talking complete nonsense because she wants to hide the topic of redistribution for ideological reasons.

If you put all this together, however, as an older person I have to state that the appeals for change by “Fridays for Future” are directed to the wrong address. It’s not really about my way of life, about my willingness to adapt, but about that of today’s youth. The complaint that too little is happening politically is completely justified. But even if the necessary things were set in motion today, it would be above all the generation of today’s 18-year-olds who would have to fundamentally change their way of life and behaviour and would also have to declare their willingness to do just that.

Unfortunately, I have flown around the world very often (but almost only for professional reasons), have covered many kilometres in my car and therefore certainly do not have a favourable carbon footprint. Today I am happy about every flight I can avoid, use the train whenever possible and maintain my garden in a sustainable way. My childhood was also marked by extremely low mobility; I have never been to Mallorca or Tenerife and have only taken a cruise once for professional reasons. But all this will not be enough to bring my life balance to a reasonable level. I am sorry, but for many decades of my life the climate was simply not an issue and even after the oil price crises politics did not even try to keep the prices for fossil raw materials high enough.

The Fridays for Future movement would, in my view, be much more credible if it replaced the accusing tone of the old with a commitment to adaptation. We are ready, they would say, to set in motion a global movement for high and rising prices, and we are also ready to adapt our lifestyles accordingly. We are ready, they say, to fight politically for a redistribution from rich to poor. Mobility, they would have to proclaim, is not an end in itself, and as long as there is no climate-friendly means of transport for the masses, we are also prepared to significantly reduce the great global mobility that has established itself over the past twenty years as an almost normal way of life.

Demands on politicians are one thing, but a willingness to elect politicians who push through unpleasant adjustments is another. Those who want to be credible must tell themselves and the masses of the population that the past forty years in the industrialised nations have been a grandiose mistake. Anyone who wants to have a say must face up to the political debate and the political vote for democracy. Creating public awareness can be a good start. In the end, however, what counts is the ability to convince people without becoming dishonest.